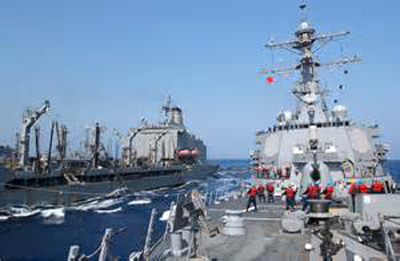 There was Don Quixote and Sancho Panza. There are now Obama and Hollande… France of Hollande confirms the subjugation begun under Sarkozy. Paris became the faithful servant of the U.S. and the Washington – Paris Axis the center of NATO (*) …

The U.S. destroyer Donald Cook and the French ship collector of information Dupuy de Lome, en route to the Black Sea, crossed the Dardanelles and entered the Sea of Marmara, announced Thursday the Turkish daily Cumhuriyet. The newspaper posted a video showing the American vessel being along the Dardanelles. She is escorted by Turkish coastguard launches. Donald Cook has an Aegis warning and missile defense system with Tomahawk cruise missiles. On April 10, she will enter the Black Sea where she will spend 21 days.

The French vessel has crossed the Dardanelles one hour after the U.S. destroyer.

Donald Cook is the third vessel of the U.S. Navy to be sent lately into the Black Sea. In February, Washington dispatched in the region the frigate Taylor during the Olympic Games in Sochi. In March, the destroyer Truxtun entered the Black Sea to take part in a joint exercise with Bulgarian and Romanian vessels. The American ship stayed 14 days in the region. Under the Montreux Convention signed in 1936, the total tonnage of warships of non-riparian powers of the Black Sea is limited to 30,000 tons and the duration of their presence to 21 days.

After Syria here is the French army which plays the Senegalese infantry of the Pentagon in the Black Sea in an attempt to intimidate Russia!

(*) Read (in French):
PCN-INFO / GEOPOLITICS / FRANCE OF GENERAL DE GAULLE FELL IN THE HANDS OF THE « AMERICAN PARTY » AND ZIONIST LOBBY
http://www.lucmichel.net/2013/08/31/pcn-info-geopolitique-la-france-de-de-gaulle-est-tombee-dans-les-mains-du-parti-americain-et-du-lobby-sioniste 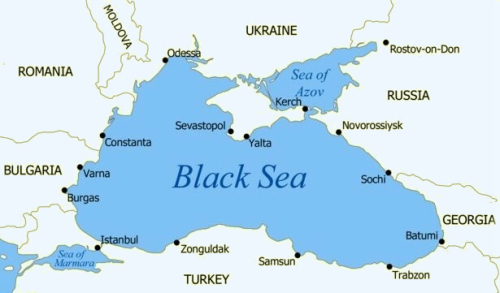