# LUCMICHEL.NET / WHAT HIDES KIEV ON THE MASSACRE OF ODESSA? MORE THAN 100 DEAD? CHILDREN? VICTIMS RAPED BEFORE THEIR DEATH? 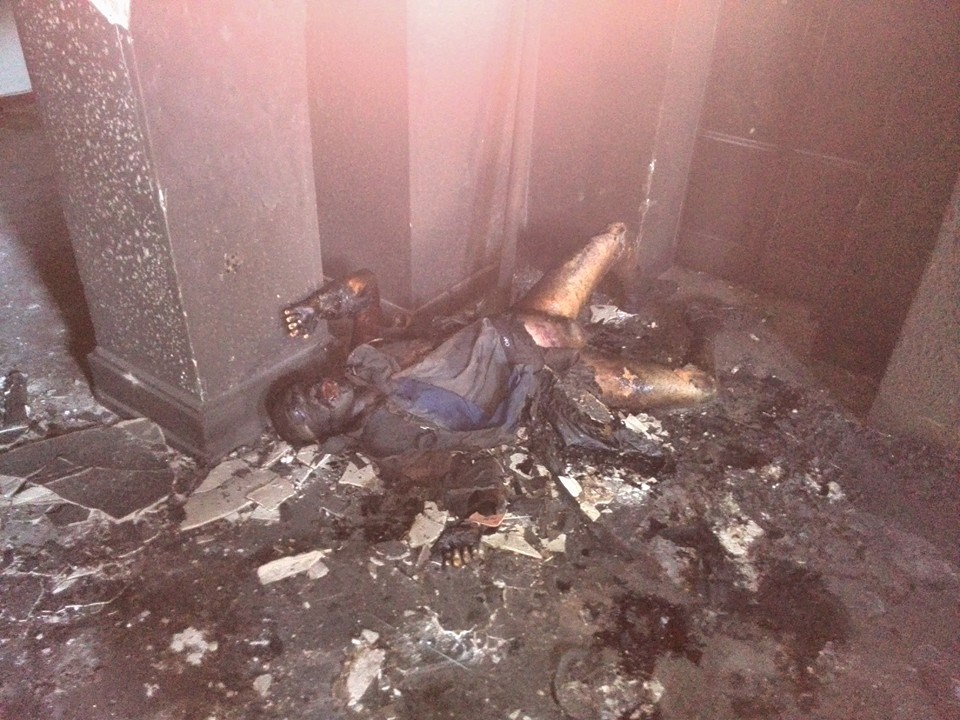 The massacre of the House of Unions in Odessa, organized by neo-Nazis of Praviy Sektor integrated into the ‘National Guard’ and ‘Ministry of Interior’ of the Junta of Kiev, hides it atrocities yet most shameful than the images of horror of the « new Auschwitz »?
Yes accuses a Ukrainian politician!

« Odessa: the clashes have left more than 100 dead, there are children, » says this Ukrainian political leader! The leader of the ‘social movement Southeast’ Oleg Tsarev, who withdrew his candidacy for the presidential election in Ukraine, is convinced that the clashes in Odessa on May 2 killed more than 100 people including children.

« We believe that in the House of Unions there are more than 100 corpses. The police let nobody in so that the corpses are not counted. We know exactly there are there minor childre. We are sure that those in power will do everything possible to conceal the traces of this horrible crime. We want to conduct an investigation and prosecute those responsible for this crime, » he told RIA Novosti.

VICTIMS RAPED, KILLED AND THEN BURNED?

I had myself on Saturday seeing the pictures of some of the victims raised the issue on social networks. Laying corpses is curious. A victim who burns dying curls. Many women on the contrary are in the position of the sexual act (open thighs, sorry for their memory and their relatives). This is the rigor mortis of the victim dead BEFORE being burned which can only explain these abnormal positions. Many men are also with pants open or down…

Such atrocities would not be surprising in a Praviy Sektor joined today by neo-Nazis from across Europe and where sexual violence, resulting from pédonazi theories (like « Nazism and homosexuality ») is widespread. See « Salo or the 120 Days of Sodom » of Italian filmmaker Pasolini… Was a creepy horror scenario held in the House of Trade Unions? Indices suggest it.

The Ukrainian leader shares my analysis. « There is the impression that people were killed and how women are stripped indicates that they were possibly raped. After only they were sprinkled with Molotov cocktails and set fire, »said Oleg Tsarev.

A MP OF ODESSA CONFIRMS THE ACCUSATIONS!

Previously the member of the regional council of Odessa Vadim Savenko stated that the clashes in Odessa had 116 dead. According to him « the Ukrainian authorities have received the order to conceal the scale of the tragedy to hide to world opinion having organized a punitive operation in Odessa against pro-Russian residents. »