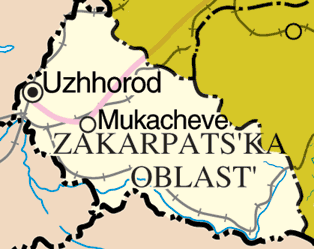 George Bush (father) already said in Kiev in 1991 that « Ukrainian nationalism was suicidal. »

Lugansk and Donetsk proclaimed independent republics and undergo a dirty war desired by the IMF – which makes of it the condition of its usurious loans – the USA, the EU and NATO.

Odessa, Kharkov and Dniepropretrovsk were prevented [of becoming republics] by the terror of the National Guard (fascists of SVOBODA and neo-Nazis of PRAVIY SEKTOR) and special battalions of criminal oligarch Kolomoisky. The anti-Ukrainian hate is smoldering there under repression.

The revival of “Novorossia » of Catherine the Great is an idea that can no longer be stifled!

In the west, the Romanian minorities (Tchernovisty) are in the street and refuse to allow their children to be mobilized in the Donbass. Bucharest supports them and has designs on the region.

Only the Polish minorities of the west remain anesthetized by both fear of mass pogroms of the Poles by Banderists in 1941-44 and their abandonment by Warsaw. The Polish right-wing government, model poodle of the US, has indeed cowardly abandoned its minorities in Ukraine and supports the Banderist Kiev junta  and the dirty war led in the Donbass.

It is now Transcarpathia, which has proclaimed its independence and is in insurrection, as we already announced it 48 hours ago!

The « Transcarpathian Rus » (Uzhgorod, Mukachevo, etc) is more and more opposed to the junta in Kiev. The head of the local administration in Uzhgorod, the regional capital, was seized by the separatists (Russian-Hungarian) today in their revolt against the ruling clique of local oligarchs who support the junta. The main roads are also under control.

Budapest, where Orban has undertaken a geopolitical revolution (discussed too little) from within the EU-NATO bloc and now looks toward Moscow and Eurasianism, supports underhand the motion. There it will be harder to fight a war of terror and extermination as in the Donbass …

But that you never read it in the NATO’s medias ! 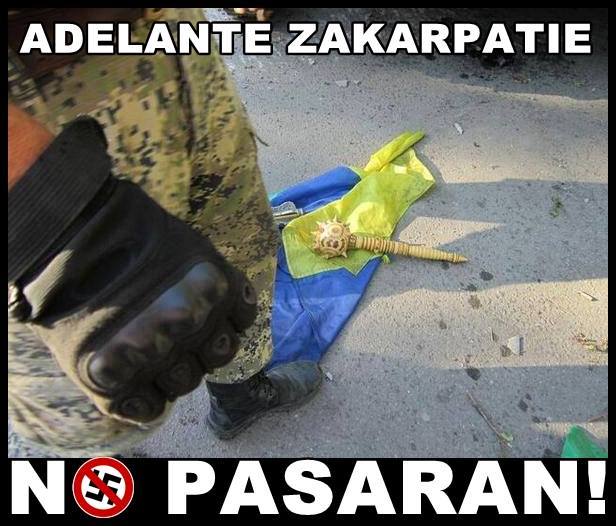 This entry was posted in # Non classé. Bookmark the permalink.