# LUCMICHEL.NET/ NAVALNY OR THE WESTERN 5TH COLUMN IN ACTION … 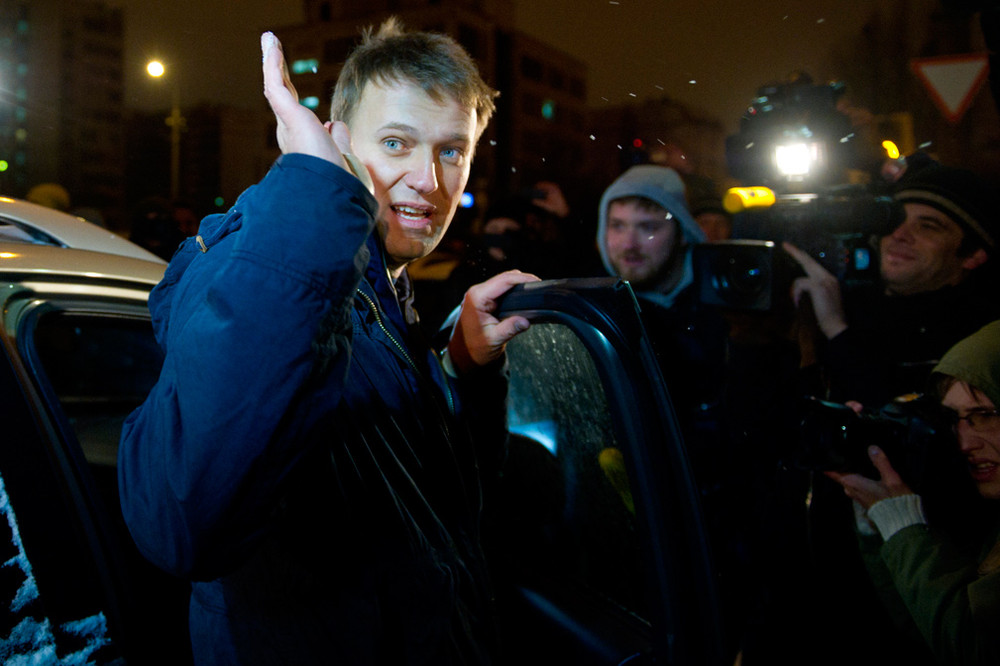 We knew that Navalny the darling child of the NATO media was a xenophobic neo-fascist, resulting from this Russian extreme right which flirts with the theories of those who wanted in 1933-45 to destroy the Slavic peoples.

You little read in the Western press? Yet it is a fact (*).

We knew that Navalny was a top flight crook. It’s not Putin who says it. But the French company Yves Rocher from which the Navalny brothers swindled huge sums and which sues them in Russia.

One knows since August 12 that Navalny is also a traitor. Not to « Putin’s Russia, » as writes Libération. But to all the Russians! Especially those that Yeltsin’s pro-Western regime in 1991-93 dropped out of the borders of the Rodina.

Russia intends to provide humanitarian assistance to Russians and Russian-speaking people of Donbass in distress in the dirty war of the Kiev Junta. The Kremlin has entrusted the mission to deliver humanitarian aid to the Russian Ministry for Emergency Situations (MTchS), logical and matter of logistics capabilities. « What sparked the irony of Kremlin opponent number one Alexei Navalny » says AFP. « The humanitarian convoy left from Alabino. And Alabino what is it? The base of the transport division Tamanskaïa. So much for the MTchS!”, Navalny wrote on his Twitter account, “suggesting that it was the Russian army at the controls, « says AFP.

Westerners are sending weapons and mercenaries to Ukraine and fully support the dirty war of the Kiev Junta, with its war crimes, its prohibited weapons (phosphorous munitions, ballistic missiles …) its daily violations of international law. Including the use of heavy weapons and air force against their own people.

Russia sends humanitarian aid. On board the trucks were stored 400 tons of cereals, 100 tons of sugar, 54 tons of medicine and medical equipment, and 69 generators and 12,300 sleeping bags, according to Moscow …

This is the humanitarian aid that Navalny, a small neo-fascist filth and Western Troyan horse, wants to refuse the Russian people of Donbass!

(*) Even Libération (19 July 2013) had to admit: « Alexei Navalny is close to the Nationalists, who criticize Putin for his patriotic « softness” and his unitary multi-ethnic vision of Russia as they call for the abandonment of the Caucasus. abyss of public money, and Muslim clan region increasingly unstable. The demonstrations of winter 2011-2012 (…) so mixed Democrat activists, and nationalist militants even neo-fascists, all united against Putin « .

Agence France-Presse reported Nov. 3, 2013 that « Opponent Alexei Navalny urged the Russians to participate on Monday in the Russian March, an ultra-nationalist rally in Moscow, when the defenders of human rights are concerned about a rise in xenophobia in Russia. « The Russian March place of neofascist and racist convergences in Russia is fought in the name of tolerance and open society … by Putin and the Russian government. Really? the « authoritarian impulses » would not be where NATO media denounce them?

What else does the AFP say? « Navalny, whose opponent number one position to the Kremlin was reinforced by his score over 27% in the election, in September, of the Moscow mayor after a campaign with strong anti-immigration accents ». This speaks volumes about the opponents of Putin. « The Russian March, which takes place every year, comes after violent riots in October in southern Moscow triggered by the murder of a young Russian by Azerbaijanis. Nationalists plan marches in dozens of cities across the country (…) Navalny, number one opponent to President Vladimir Putin, regularly criticized for his populist rhetoric and support for the Marches, said it was necessary to be careful with stereotypes. This March should not be seen as a gathering of protesters doing the Nazi salute, he has said, most of the participants were « people quite normal » (sic).