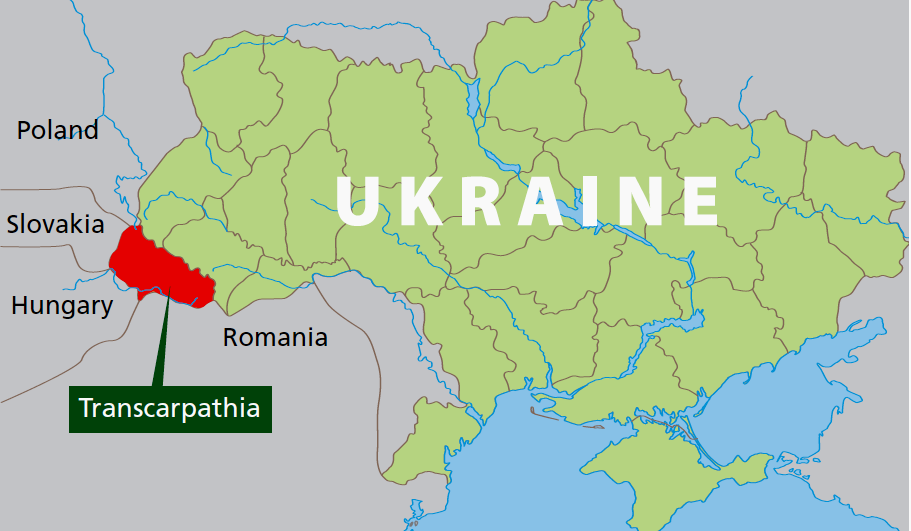 “The threat posed by Ukrainian nationalism evokes serious concern among Hungarian diaspora and the Rusyns, the native population of Transcarpathia. The February coup in Kiev gave an additional impulse to the growing preoccupation. The Rusyns and Hungarians get united by the common goal. They face the same threat.”

“The “strange armistice” in Donbass and the upcoming parliamentary election in Ukraine have made pale the events in Transcarpathia, the region where the situation can hardly be called tranquil. The radical Ukrainian nationalism has become decisive for shaping the new regime’s policy, the reunification of Crimea with Russia, the mobilization of Ukrainians to fill the ranks of those who take part in the punitive operation against Novorossia – all told these factors have given impetus to separatist trends in the Transcarpathian region. Ukrainian MPs have granted self-rule to parts of two eastern regions while Budapest strongly supports the demands of Hungarian minority to grant special status to Transcarpathia.

On September 26, Hungarian Prime Minister Victor Orban visited the city of Beregovo in the region. He was expected to say that it was unacceptable to call Hungarians for military service and send them to Donbass. He was also to repeat the thesis that Transcarpathia needed to be granted the status of autonomy in accordance with the referendums held 23 years ago at the regional and district (Beregovo) levels. The expectations never came true. The Orban’s guards kept the journalists at the distance. The press-conference never took place. According to scarce information coming from the Transcarpathian district council, the Hungarian Prime Minister limited his address to calls for “open dialogue” and “further cooperation” with the Ukrainian neighbor.

The restraint displayed by Victor Orban during the visit to West Ukraine would probably ease the task for Budapest as it renders support to Hungarian compatriots aspiring for autonomous or federal status to be granted to Transcarpathia at the critical turn of events in the history of Ukraine. The Hungarian government cannot ignore the fact that since some time ago the Ukrainian public has been inculcated the idea that there is a “Russian-Hungarian conspiracy” plotted against Kiev. Perhaps the discontent of Washington and Brussels with the independent policy of Orban is coming to the edge of tether.

There is something else to explain the restraint of the Hungarian leader in Transcarpathia. Before the visit Hungary’s gas operator FGSZ Ltd. had suspended gas supplies to Ukraine for an indefinite period of time. The decision was made to meet the growing domestic demand for gas, the company said. Naftogas, Ukraine’s state-owned oil and Gas Company said the decision was influenced by the recent meeting between Arthur Miller, the head of Gasprom, and Hungarian Prime Minister Victor Orban that had taken place a few days before and was devoted to the possibility of increasing Russian gas supplies to Hungary.

The threat posed by Ukrainian nationalism evokes serious concern among Hungarian diaspora and the Rusyns, the native population of Transcarpathia. The February coup in Kiev gave an additional impulse to the growing preoccupation. The Rusyns and Hungarians get united by the common goal. They face the same threat. The reasons for concern are plentiful: it’s enough to remember that one of the new Kiev regime’s first moves was the abolition of the 2012 law “On State Language Policy” allowing Rusyn, Hungarian and Romanian tongues exist as second official regional languages.

The separatist trends in Transcarpathia came to the fore once again in early August as mass protests occurred against the “third wave” of male population to be called for service to take part in the punitive operation against Donbass. The all-Ukrainian anti-war movement got immediately nationalist-tainted in Transcarpathia. The Rusyns and Hungarians expressed their reluctance to fight for the regime. This sentiment was well understood in Budapest.

The protests of Rusyns and Hungarians have solid legal basis. On December 1, 1991 a referendum was held in Beregovo at the regional and district levels. 78% of respondents supported a special self-rule status within the state of Ukraine. Over 80% of Beregovo voters supported the idea of creating Hungarian autonomous district.

It’s an open secret the Hungarians in Transnistria rely on the support of “mother country” which exerts diplomatic influence on Kiev. Rusyns start to eye Budapest more often. They have reasons to do so: in Hungary the Rusyns enjoy an official status of independent ethnos. Ukraine is deaf to the Rusyns aspirations. Besides, the Hungarian territory more often becomes a host to joint Hungarian-Rusyn congresses convened to discuss the status of Transcarpathia. On August 8, 2014 Budapest hosted a congress representing the Rusyn and Hungarian communities of Transcarpathia. The participants agreed to join together in an effort to achieve a federal status for Transcarpathia as part of Ukraine. A month later a congress of Hungarians World Congress and Sub-Carpathian Rusyn World Congress (few know there is the Sub-Carpathian Rus Republic exists in Ukraine along with the unrecognized Donetsk and Luhansk People’s Republics) took place. Congress delegates decided to appeal to the European Parliament, the governments of Hungary and Ukraine, asking for help in gaining recognition of the results of the 1991 referendum on the federal status of the Transcarpathian Region in Ukraine.

At the other shore of the Tisa River There is another powerful political force that supports the autonomy status for Transcarpathian Hungarians and Rusyns – the Hungarian nationalist party Jobbik, the Movement for a Better Hungary.It has staged a string of actions at the Hungarian parliament building in Budapest that attracted public attention. Not once its leaders made scandalous statements saying Ukraine is an artificially created state and that Transcarpathia should be returned to Hungary etc. On September 16, Yobbik party MEPs voted against the ratification of the EU association agreement with Ukraine. They explained their decision by the fact that Kiev ignored the rights of 200 thousand Hungarians living in the country.

Today it is possible that Kiev would repeat in Transcarpathia the very same mistakes it made in Donbass. It always reacted with delay to the tumultuous events followed after the anti-constitutional coup and demonstrated persevering reluctance to make any concessions to those who did not support the regime. Those who live at the other side of the Carpathian Ridge want federalization. It means there is a chance to make the region remain within the borders of Ukrainian state. The chance still remains till…