# LUCMICHEL.NET / ‘CHARLIE’ AFFAIR / THE REAL CONFRONTATION: WE ARE THE THIRD FORCE! 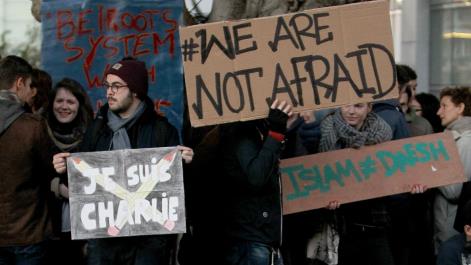 The ideological answer to the Atlantist mobilisation !
105,000 views since Thursday on the « Charlie » Affair (only on my official page).
We are not alone.
We are a force, obscured, defamed. But that counts!

NATO media want to lock us into a binary logic like « clash of civilizations » The jihadist bastards faced with brave « democrats ». And all those who are not ‘Charlie’ would be accomplices of terrorism. What I have denounced for 25 years, including its US and Atlanticist sponsors. Last December 1st 2014, at the forum of the “International conference TERRORISM AND RELIGIOUS EXTREMISM”, in Damascus (Syria), I precisely announced that “European September 11”, which are the attacks against Charlie Hebdo and the French Jewish Community. But I also denounced the reponsabilities of the U.S. and the NATO governments in the jihadist cancer!

Remember REAGAN receiving the Taliban at the White House in 1985, saying « these gentlemen (sic) are the equivalent of our founding fathers » …

THE REAL CONFRONTATION is that of three forces:
* The jihadist bastards,
* The bastards of NATO and the SYSTEM MADE IN USA (accomplices of the first they orchestrate from Afghanistan in 1979) (including all the parliamentary parties of the French regime)
* The RESISTANCE (similar to that of 1941-1945 in Europe or in Germany from 1933 to 1945), the REAL OPPOSITION, our camp, REFUSING THE DOUBLE TERRORISM! BOTH THE JIHADIST CANCER (with its murderous terrorism and the collapse of Euro-Asian and Near Eastern societies) AND THE AMERICAN-ATLANTICIST HEGEMONY (with its political, judicial, police and media terrorism, which now strikes those who refuse to be ‘Charlie’ and rallying the Western system and western European regimes).

Comrades from Europe and Eurasia!
Our cause is just, we’re the true freedom! And we are fighting for the free peoples’ cause and the liberation of our continental homeland.

African comrades!
In Africa, where you are every day more to support me (especially via AFRICA MEDIA TV, the great pan-African television), we are also the great voice of Pan-Africanism, the only complete liberation of the continent. The ‘Charlie’ affair also has direct implications. A group of African heads of state, to the ire of the African masses, chose to participate in the great comedy of Paris. Which served the regime of Hollande and also self-celebrated the Franco-Atlanticist military expeditions in Africa. Here too the pretext of the « war against terrorism ». Terrorism that Washington and Paris, AFRICOM and NATO French generals (because the French Army is only that), let settle across Saharan and sub-Saharan Africa, specially in Mali, in Central Africa and Cameroon. After having brutally destroyed Gaddafi’s Jamahiriya, central pivot state guarantor of geopolitical stability in the whole region. Again here our cause is just and our struggle is for the free peoples’ cause …

Thank you for your support!
Let us mobilize ourselves, repression is announced on behalf of « freedom of expression » (NATO’s world is the one of 1984 of George Orwell, with its « Newspeak ») and with a European « Patriot Act » (it is also why ‘Charlie’ is a ‘European September 11 « ), do not give up …
NEVER SUFFER. NEVER ABDICATE NOR SURRENDER. WE DO NOT FORGET ANYTHING. WE FORGIVE NOTHING.
HASTA LA VICTORIA SIEMPRE! 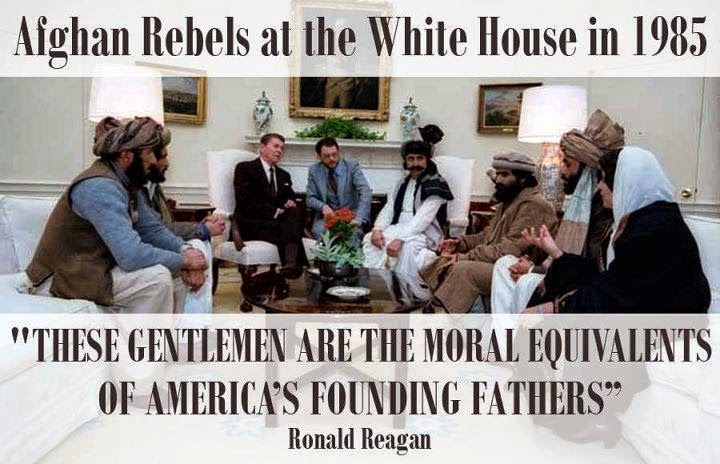