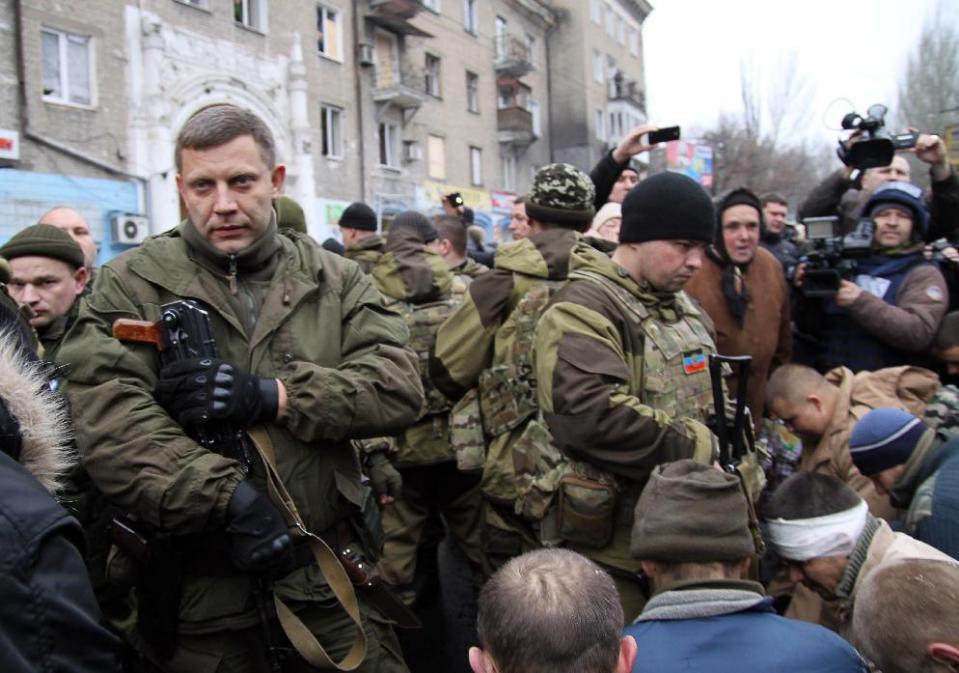 The deadliest day of fighting since the signing of an increasingly irrelevant September truce also saw Moscow and Kiev trade bitter blame for a trolleybus shelling in the rebel stronghold of Donetsk that killed 13 mostly elderly passengers. NATO’s media never writte that the OSCE report exposes no evidence against the DNR Army ! Monitors from the Organization for Security and Co-operation in Europe who raced to the site said all they could say for certain was that « the weapon used was most likely either a mortar or an artillery piece. »
Moscow called the incident a « crime against humanity » orchestrated by Kiev’s pro-Western government, whose rise to power by the Fevruary 21 Coup 11 months ago. Meanwhile, stunned residents in the eastern city gathered around the shredded remains of the bus and inspected with horror several bloodied bodies that remained sprawled in their seats hours after the early morning attack.

Also on Thursday, in a major psychological blow to Kiev, a small unit of Ukrainian paratroopers ABANDONED its 242-day defence of Donetsk’s once-gleaming but now ruined international airport. The hub — long stripped of its strategic importance by heavy shelling — had become the symbolic prize of the conflict and had seen some of the heaviest fighting. DNR Forces captured about 20 soldiers in the last hours of battle on Thursday and paraded them around in front of jeering angry locals. « They have to be punished (…) They are killers. They killed our children, » a pensioner who identified herself only as Zina told AFP.