# PCN-INFO / THERE IS NOTHING TO EXPECT FROM WESTERN BOURGEOIS PARLIAMENTARIANISM. GREEKS OF SYRIZA HAVE CAPITULATED BEFORE BERLIN, BRUSSELS AND THE ECB OF FRANKFORT! 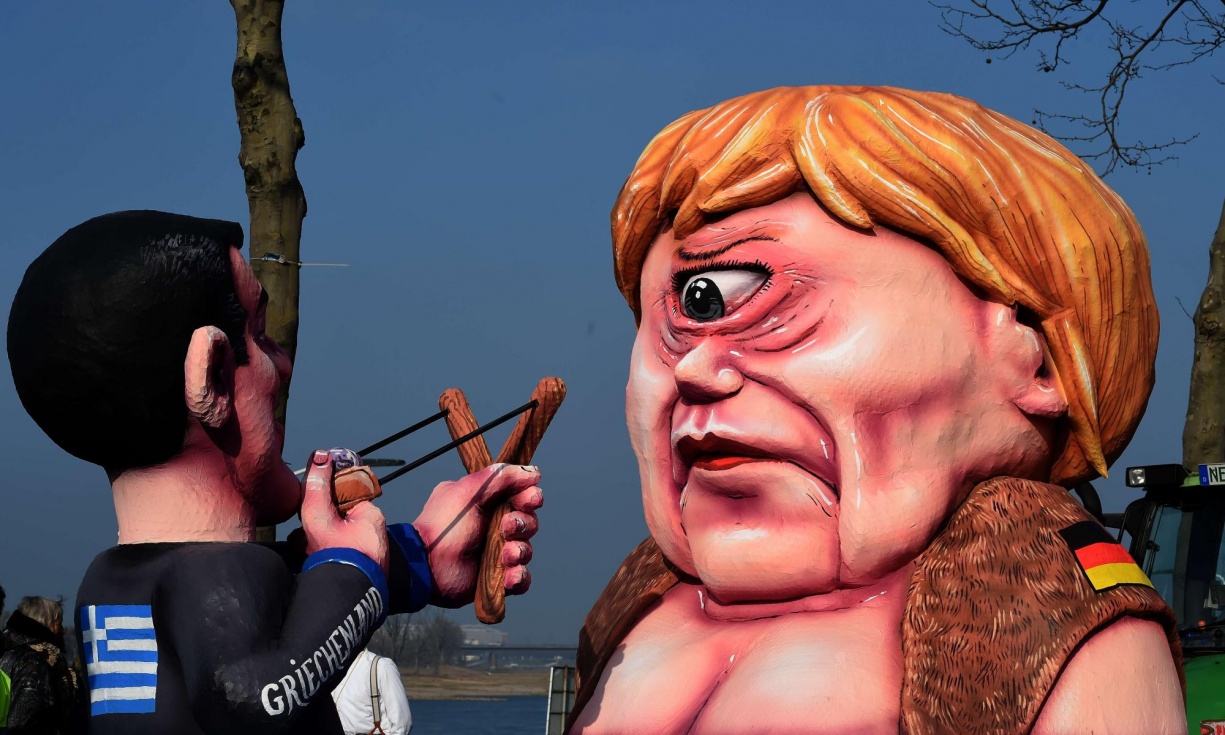 First meetings with the Tsipras government at the Eurogroup on Monday on the Athens reform proposals, French daily « Libération » unveils months of negotiations, « We would see what we would see. Syriza, the party of the Greek radical left, winning the parliamentary elections on 25 January, was done away with strong austerity and debt: it was going to « change Europe ». A month later, Alexis Tsipras, its leader, had to face the facts: Greece has no financial flexibility and will still depend on long financial assistance from the euro zone. It must pass under the yoke of its creditors, who have just agreed to adjust the margins of the reform program imposed on Athens”, analyzes precisely the Parisian daily …

SYRIZA, including its flamboyant minister of finance at very rock style Varoufakis (*), would break the EU hut. The « French Tsipras » Mélenchon, a former PS minister, former Senator, MEP (all his life handsomely funded by parliamentarianism, its privileges and sinecures), HE contents himself with participating shamefully in Hollande’s de facto majority.
At the other extreme the FN, IT will change the water of Brussels in French wine. All this nonsense!

There is nothing to expect neither from bourgeois parliamentarism – false oligarchic democracy where politics and media are locked – nor from the extremes of THE system, on its right or its left, entrusted by locking the dispute. Political fraud (or political procurer system) at the expense of voters cuckolded and at the benefit of those who organize them (see the fortune of the Le Pen clan).

WHAT THEN TO DO?

You have to study the structure of revolutionary parties in the Nineteenth Century, the long 19th century from 1792 (First Paris Commune) to 1917 (Russian revolutions of February and October). There are eight decades between the First Paris Commune, that of Robespierre, and the Second in 1871. And 125 years between the first Russian Jacobins (Jacobinism is the matrix of Leninism) and the victory of the Bolshevik Party in October 1917. There are periods of political stagnation, maturation and ideological development (Mazzini, Marx, Engels, etc.). They must always precede the revolution. And meanwhile reaction and imperialism triumph. But never a revolution has emerged from a parliament! It is the same in the European Union, less « European » and more and more Americanized.

To change the system, to structure a European Opposition AGAINST the System (SYRIZA or FN are pseudo « oppositions » of THE system), we need ideas (we have them), executives (we prepare them), ideology (we circulate it). Meanwhile, you have to look at the collapsing of Western parliamentarism. And do not mess around with the pimps who grow fat on misery and discontent …

(*) What is the proportion of politician comedy to distract and deceive the Greek and German voters, who are frightened at little cost in this?
See: PCN-TV / ZDF NEO VS VAROUFAKIS. OR HUMOUR IN THE CONFRONTATION ATHENS BERLIN …