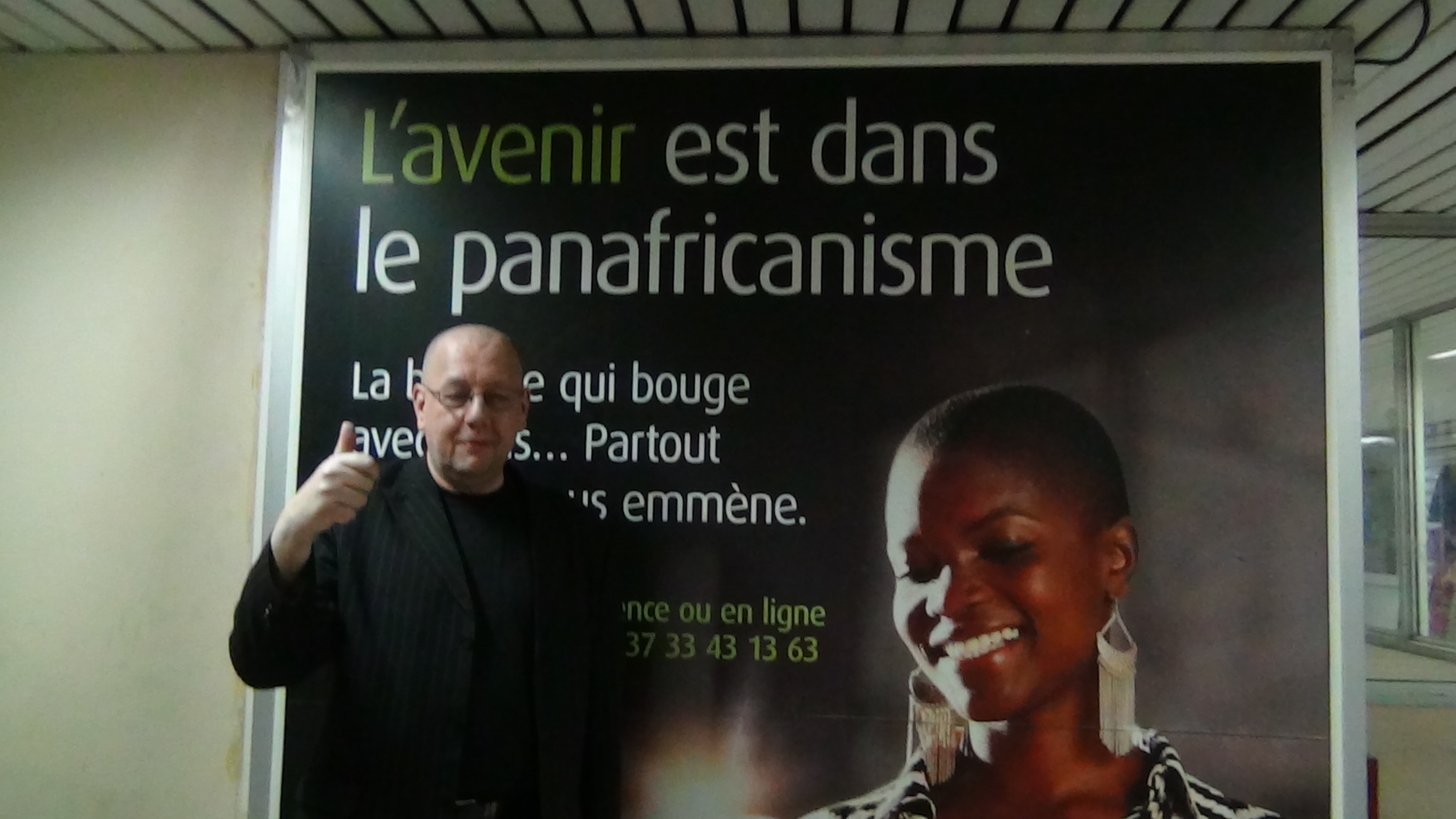 Luc MICHEL is in Africa for a « media and political » trip to Equatorial Guinea and Cameroon. In particular for the development of our pan-African networks, and also for the development of close cooperation between EODE-TV and AFRIQUE MEDIA.
Numerous meetings at the highest level on the agenda, but also with his many friends and fans in Africa. Live TV shows are provided on AFRIQUE MEDIA and also on RTVGE, the state television of Equatorial Guinea.

The trip of Luc MICHEL coincided with the « International Campaign I AM KENYA « , which he launched on Afrique Media and social Networks. With 200,000 views on Facebook since Sunday morning (which makes at least a million, because the accounting system of Facebook is constantly minus), tens of thousands of LIKE and sharing on hundreds Groups and Pages, White Panafricanist yet just demonstrated his popularity and audience in Africa (and elsewhere) …