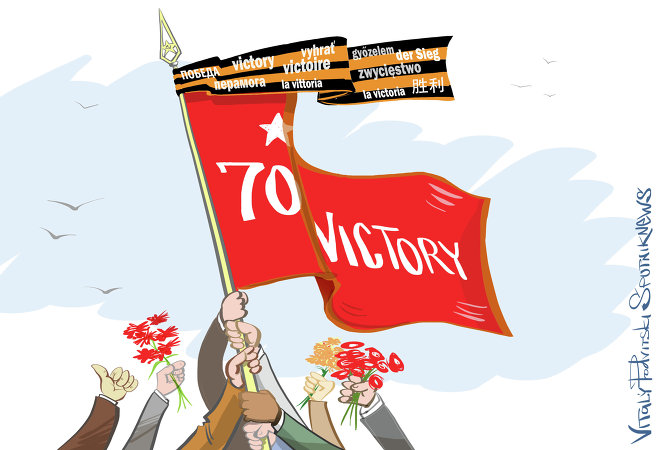 Alexander Mosesov, Correspondent English News Desk, Sputnik News Agency : As the 70th anniversary of Victory against Nazi Germany in 1945 is just days away, I would like to hear your opinion on the most controversial issues surrounding the historic coverage of the Second World War and the role of USSR in it.

# Alexander Mosesov/Sputnik News Agency : How do you assess the current glorification of fascism and neo-Nazism in Ukraine?

Luc MICHEL: I know well these issues, leading for over 20 years a European anti-Nazi Collective, EUROPÄISCHER WIDERSTAND (European Resistance, referring to the German anti-Nazi resistance against Hitler in 1933-1945). We especially organized in 1998 the first campaigns against discrimination of Russian-speaking people and rehabilitation of Baltic SS (I was then married to a Russian of Riga). The glorification of Fascism and neo-Nazism, and history revisionism that goes along with, are not unique to Ukraine of 2014-2015. Or that of the pseudo « Orange Revolution » of 2004. They accompany every stage of NATO expansion to the East. In particular in the Baltic States but also in Romania.
And these compromises with Nazism are shared by NATO and especially the German Bundeswehr.
Estonia provides a revealing example but ignored: In early 2000, it honored SS Colonel REBANE (Commander of the Estonian SS Legion and figure of the Estonian fascism before 1939) whose remains buried in 1976 in Augsburg had just been transported to Tallinn, the Estonian capital. An official ceremony with in the gallery the Commander in Chief of the Estonian Army, General Johannes Kert, and surviving SS officers, carrying their Nazi decorations, was held in early February 2000, with honor salutes and parade of the Estonian army! With a delegation of officers of the Bundeswehr! (As then told us with delight the « NATIONAL-ZEITUNG », the German far-right newspaper of Dr. Frey, of 18 February 2000). The cadets of the Estonian Army led the parade, carrying on cushions REBANE’s decorations, with the swastika More precision, the School of cadets of the Estonian Army since 1995 bears the name of his boss, whose example should inspire young Estonian officers … SS Colonel REBANE! All in an EU member country since 2004 and a NATO army.

# Alexander Mosesov/Sputnik News Agency : Some of the monuments devoted to the Soviet soldiers who gave their lives to defeat Nazi troops in Europe are now being demolished. In Ukraine and in Poland in particular. What do you think of that?

Luc MICHEL: The destruction of the evidence of the past goes along with the destruction of memory. Comes then the rehabilitation of black figures of the past. With people who were concealed this same past. It is the processes at work in Poland and Romania. Two countries where Atlanticist circles and the US maintain the geopolitical and historical nostalgia of « past glory ».
Greater Poland from 1919 to 1939, with its annexations of Hungarian territories, Lithuanian (Vilnius), Czech (who participated in the dismemberment of Czechoslovakia with the Nazis), linked to the Third Reich until 1939 by a military pact, governed by a authoritarian and anti-Semitic military regime.
Greater Romania from 1918 to 1944, with its annexations of Russian, Ukrainian, Polish, Hungarian, Bessarabian populations, with its annexation of Odessa and its’ province of Transdniestria « in 1941, with its fascist regime “National Legionnaire » of Marshal Antonescu. In Romania of 2015 are the « steps for annexation of Bessarabia », today the Republica Moldova, sovereign state and former Soviet republic, campaigns for the rehabilitation of Marshal Antonescu and the antisemitic Iron Guard.
Especially the total oblivion of the « Romanian Holocaust », which has seen in massacres and pogroms in Romania, Bessarabia, Bukovina, and Transnistria, the wild extermination by the Romanian army and gendarmerie, of over 350,000 Romanian and Ukrainian Jews from 1939 to 1941. Before the Wamsee Conference and the « German Holocaust »! A book describes this « Romanian Holocaust », CARTEA NEAGRA, the « black book » – of historical interest comparable to the Black Book on the extermination of Jews in the USSR and Poland (1941-1945) of Vasily Grossman and Ilya Ehrenburg – was written by a survivor, Romanian Jewish lawyer Matatias Carp. Specifically intended by its author, in 1946, « to those who forget too quickly, those who do not know or do not want to know what happened ». Romania is a country, in Europe, « where 350 000 Jews were exterminated without the Germans had to intervene, or only marginally. A country where the killings reached such a degree of savagery that the Nazis themselves sometimes said being shocked.  » And as wrote the American historian Raul Hilberg, « no country, except Germany, participated so actively in the massacre of Jews”. Taboo in Bucharest …

# Alexander Mosesov/Sputnik News Agency : Many Europeans underestimate the role of Russia in the Second World War. The United States is believed to be the main victor in many European countries even though more than 20 million Soviet people died in that war. Do you think that the history of the WWII in Europe should be portrayed in a more balanced way than it is now?

Luc MICHEL: The US lost fewer than 400,000 men on all fronts, Europe, Africa, the Pacific, between 1941 and 1945. The USSR endured losses of more than 27 million Soviets between 1941 and 1945 on the only Eastern Front!
This debate either is not new, not unique to the Ukrainian crisis, but linked to the Atlanticist expansion. British columnist Jonathan Steele, already ten years ago in THE GUARDIAN (6 May 2005) denounced this form of history revisionism about the Second World War by putting it in parallel with that of the Nazi genocide: « If the denial of the role of the Soviet Union and the Red Army is not as perverse as the Holocaust denial, it is still widespread in the West (…) No one can dispute the fact that after the Allied landings in Normandy Westerners were attacking 58 German divisions while the USSR faced 228. The Red Army has thus inflicted 80% casualties on the Nazi war machine – but how many European and American politicians admit it? « .
This refusal to recognize at its true value the decisive contribution of the Red Army in the victory against Hitler is equally untrue as the speech – typical of liberal-Atlanticist ideology – to place on the same plane Nazism and Stalinism. « The eminent historians of the twentieth century who are Moshe Lewin and Ian Kershaw have already demonstrated in their book on Stalinism and Nazism, the ineffectiveness of such an approach, because the two systems have fundamental points of difference, » says Jonathan Steele yet.
Steele finally attacks – in terms similar to mine – the Baltic leaders of today who « are also wrong to claim that the pre-war regimes in the Baltic States were not authoritarian and chauvinist and that the Soviet occupation was equal or worse than that of the Nazis. Just read the memoirs of the few Lithuanian Jewish survivors ».

# Alexander Mosesov/Sputnik News Agency : What is the view of your country’s citizens on this issue?

Luc MICHEL: Belgium is not as contaminated as countries of EU eastern marches by Atlanticist revisionism. Admittedly the Belgian Government is one of NATO’s pillars (which provided many of its secretary-general) and participates in the current Russophobia, boycotting the May 9 ceremonies in Moscow. Admittedly again the so-called « anti-fascist groups » and similar media, which are as in France financed or subsidized by the Atlanticist government, participate in anti-Russian campaigns and were unleashed in the referendum and the return of the Crimea to Russia.
But the memory of World War II and the Nazi occupation is still present. Belgium has particularly been raised by a major political crisis between 1945 and 1951, prompted by the attitude of King Leopold III (father of King Albert II and grandfather of current King Philip), who particularly went to shake hands with Hitler in Berteschgaden, and that led to his abdication under pressure from the Walloon street in 1951. The RTBF TV has just broadcast the film Stalingrad (France 2) of Pascale Lamche and Daniel Khamdamov, which shows the decisive role of the Soviet major battles in the defeat of Nazism. And the City of Brussels still has its “Avenue of Stalingrad” inaugurated in 1946 … 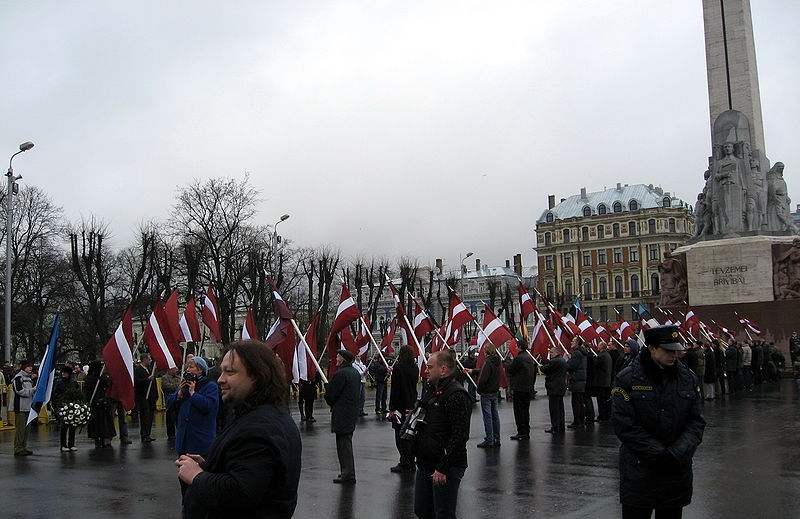