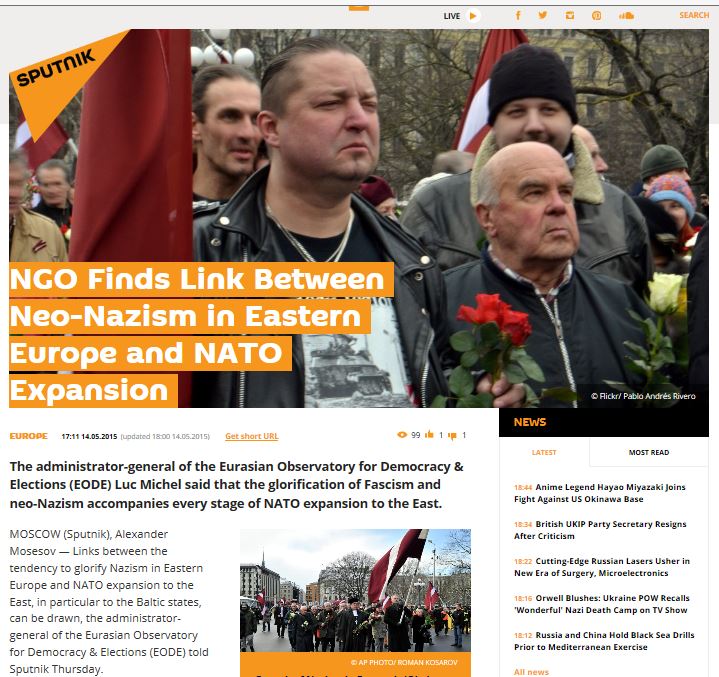 Europe has recently seen a rise in radical extremist movements. A parade for Nazi veterans has been held annually in the Latvian capital Riga since 1998, neo-Nazi marches have also been held in Lithuania and Estonia, while neo-Nazi groups, such as the Right Sector and the Azov Battalion openly operate in Ukraine. As relations between Russia and NATO deteriorated amid the Ukrainian crisis, the alliance has been boosting its military presence near Russia’s borders, including in the Baltics. Russia has repeatedly stressed that NATO expansion toward the country’s borders could undermine regional security.“