# PCN-TV & PCN-SPO / NATO AND US ARMY MANEUVERS IN ROMANIA: BUCHAREST, CENTER OF THREATS OF AGGRESSION AGAINST RUSSIA! 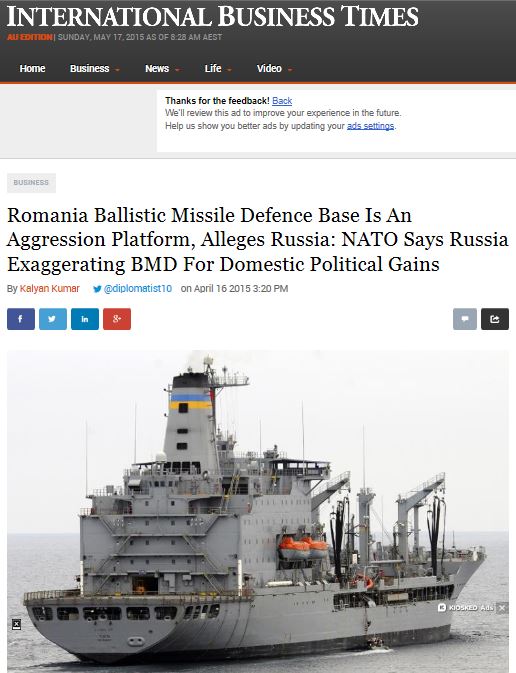 Large maneuvers of the US Army and NATO in Romania. Direct target: Russia!
Note the American flags alongside Romanian flags on the tanks of the Romanian Army. Decidedly Atlanticist politicians of Bucharest, from German-Romanian President Klaus Ioannis to social democratic Prime Minister Ponta, are all in political prostitution to Americans …

ROMANIA TRANSFORMED IN ANTI-RUSSIAN AGGRESSION PLATFORM BY NATO AND USA

Romania confirms that it has certainly become the main platform for aggression against Russia! An irresponsible policy that makes Romania a priority target for the Russian ballistic defense.

All of it in a wide debate among Romanian politicians and ministers and Russian diplomats.

* Read: Ponta welcomes NATO’s response to the « aggressive stance » of the Ministry of Foreign Affairs of the Russian Federation about Romania.

A discussion initiated by … Luc MICHEL, leader of the PCN-NCP in early April with an interview from Malabo (Equatorial Guinea) to SPUTNIK NEWS (Moscow), and that specifically denounced the role of Bucharest as an  » anti-Russian platform of aggression « . Follow a big hundred articles in the Romanian press and the Romanian net, but also Moldavian, and even many flashes on the great TV in the country.

* Read: Belgian politician, for Sputnik: Romania turns into a « platform of aggression » against Russia (note the choice of the visual, the same as in the previous article, to « bind » the debate).

At the Moscow Conference of 16 April 2015, the Russian Minister of Defense Shoigu had the same words too …

… NATO coming in the debate, in response to « the platform of aggression », and the international Anglo-Saxon press, as INTERNATIONAL BUSINESS TIMES.

(1) Excerpt: “Also speaking at the conference, leader of the Belgium-based National-European Communitarian Party (NCP), Luc Michel, expressed a similar concern. He said « Romania is transforming [itself] into an aggression platform against Russia, » and added that countries such as Poland, Bulgaria, and some Baltic countries are also following the footprints of NATO strategy, International Business Times reported today.” 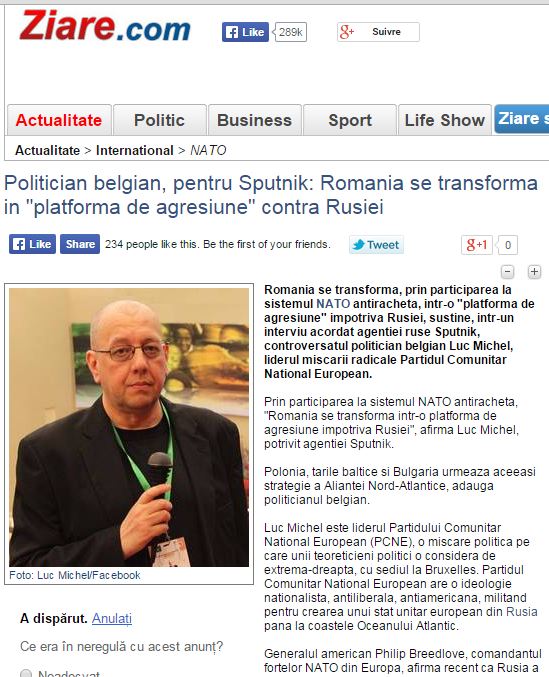