# PCN & PANAFRICOM/ OUR POSITION FOR THE FRENCH PRESIDENTIALS 2017: REVOLUTIONARY ABSTENTION! NO VOTE FOR PARTIES OF THE SYSTEM FROM THE EXTREME RIGHT TO THE FAR LEFT!!! 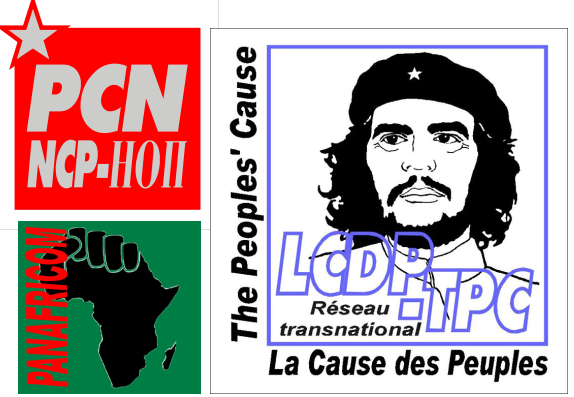 Before all note:
Neither the NCP nor PANAFRICOM, has sympathy for one of the presidential candidates (or their political formations).
All of them are candidates of the System; the worst amongst them are those who claim to contest the System (Macron, Le Pen, Melenchon), political swindle of Masses (and in the case of the FN, just a short swindle)!
We do not choose any of those parties that play the great tragicomedy of the Parliamentarism “petit-bourgeois”.

I -
THE PARLIAMENTARISM PETIT-BOURGEOIS IS A FAILURE DOUBLED WITH SWINDLE

This system has failed, it is a democracy confiscated by the oligarchy (apart from the 1st Republic of 1792 that of Robespierre, and the Second Commune of Paris of 1871, with their own ways of direct Democracy).
The social Justice, the classless society, the circulation of elites are the basis of a healthy and popular State. They imply the closure of bourgeois parliaments in the hands of the politico-media-financial oligarchy, the predatory class of exploitation, which is also the comprador bourgeoisie serving American imperialism.
The alternative exists; it’s precisely the Direct Democracy!

To overthrow this system of exploiters will require a revolution.
But historical and political conditions do not exist today and social conditions are still not enough (« 1789″ could not arrive a year earlier …).

It lacks everywhere a great transnational revolutionary party. The political space of discontent, of contestation of the System, is precisely occupied by the political swindles put forward by the System to stem this discontent. The clan of millionaires’ chanterains Montretout, the case of Le Pen enriched by politics, and the figure of the social democratic hierarch Mélenchon (a career of privileged of the parliamentarism) symbolize this political swindle. With these people, the aim of the System is also to prevent the junction of its opponents, in the peripheries of the right and left, that of the « enemies of the System » (see Christophe Bourseiller’s book published in the 1980s and (The so-called « national-Bolshevik » or « national-communist » dynamics, the great fear of the oligarchy).

Today the few truly revolutionary organizations, such as the PCN or PANAFRICOM, are doing a real fight of ideas and making underground action (notably by « parallel diplomacy »), they prepare the ground for the future and support the states in the frontline which resist against the imperialist world system. Our political space is that of the internationals of Marx and Mazzini before 1850. The revolution is a matter of very long cycles, until the historical, political and social conditions allow it (Between the 1st Republic of 1792, carried by The First Commune of Paris, and the Second Commune of Paris of 1871 80 years ago, and between it and the October Revolution 46 years and the First World War).

THE STRATEGY OF THE REVOLUTIONARY ABSTENTION

Meanwhile, a realistic policy must be pursued: the only one in the case of the French Presidency of 2017 is revolutionary abstention. Not a voice for the crooked parties of the System, from the extreme Left to the far Right, and especially not for the false « alternatives »!

But it is not the policy of the empty chair, the withdrawal by disgust. On the contrary, it is a question of undermining the political basis of the System and destroying its pseudo legitimacy. Already, one French out of two no longer goes to vote and refuses this System and its false « choices ». When a majority of citizens follow this refusal (which is already in some EU countries to some elections up to 70% of abstention), will remain to the parties of the oligarchy only legality and no more legitimacy …

What we write here for France applies to all Western political space. The strategy of abstention is valid everywhere.

… except in countries where the political situation allows for the destruction of the political system without revolution, but this furthering the destabilization of the Western Bloc (for example in Belgium, where the radical Flemish or Francophone Flemish republican vote – « Return to France » – accelerates the agony of the Belgian non-state, where NATO and EU seats are) (or in Spain and Great Britain, with their independentist movements).

II –
AND AFRICA AND THE AFRICANS?

In Africa the situation is quite different and we have already described the strategy of the Pan-African Action Party (combining pan-African militancy, parallel diplomacy and support for Pan-African leaders) of PANAFRICOM in our « ABC OF PANAFRICANISM ».

But Africa is also the Diasporas and here the African Diaspora in France.
PANAFRICOM backing France’s revolutionary abstention and deeming it inoperative to choose among the candidates that of the Africans who vote in France (such as Holland’s irrelevant choice in the previous presidential election).