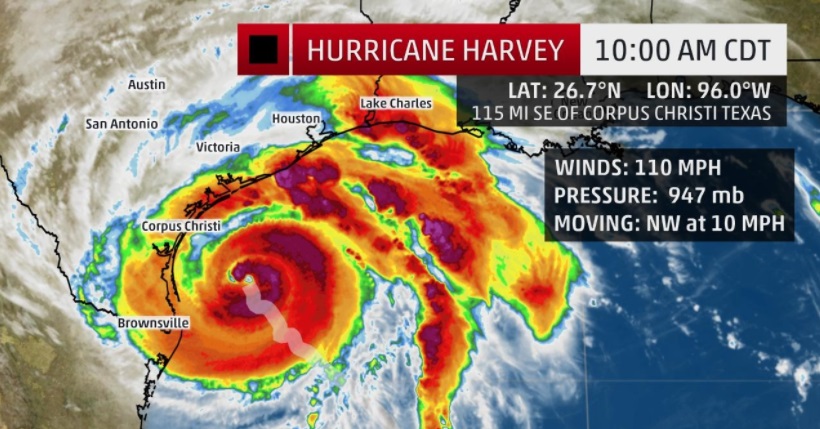 * When Trump administration is still in denial of Climate change and Global warming, STRATFOR sees “Natural Disasters With a Geopolitical Lens”:

“The storm called Harvey broke US records for rainfall and duration. Some environmentalists think it is a “moral duty” to talk about the role global warming played in making Harvey so intense. But the Trump administration, which days before Harvey disbanded a federal advisory panel on climate change and revoked an important flood-proofing rule, has tried to deflect talk of climate change, claiming it’s tasteless while rescuers are still searching for the missing. Some flood-trapped Houstonians agree. One told us the media should be doing less finger-wagging about the causes of Harvey and more reporting on people’s immediate needs. But we think it’s nonetheless important to bring up climate change as early as possible”.

Excerpt 2 : “Unlike with other disasters, such as a war, a financial crisis, or a disease outbreak, there is no simple narrative about the causes of any given hurricane. Nobody would claim global warming created Harvey; scientists can only say with some confidence that Harvey’s impact was stronger than it would otherwise have been and that storms on average are getting more intense. (Meteorologists are predicting HURRICANE IRMA, which may hit the US east coast in the coming days, could be worse.)  GLOBAL WARMING IS A SLOW-MOTION CATASTROPHE, yet research in social anthropology has shown that what motivates humans is short-term concerns. It’s harder to get people to care about and act on an abstract trend than specific disasters. That is why we should talk about the issue while the water is still waist-high. In the years after Hurricane Katrina in 2005, the proportion of Americans concerned about climate change rose, then slumped again. Since then it’s risen once more—and even so they’ve chosen a climate skeptic as their president. The more Americans see global warming as a direct threat, the better the chances for the whole world of doing something about it”.