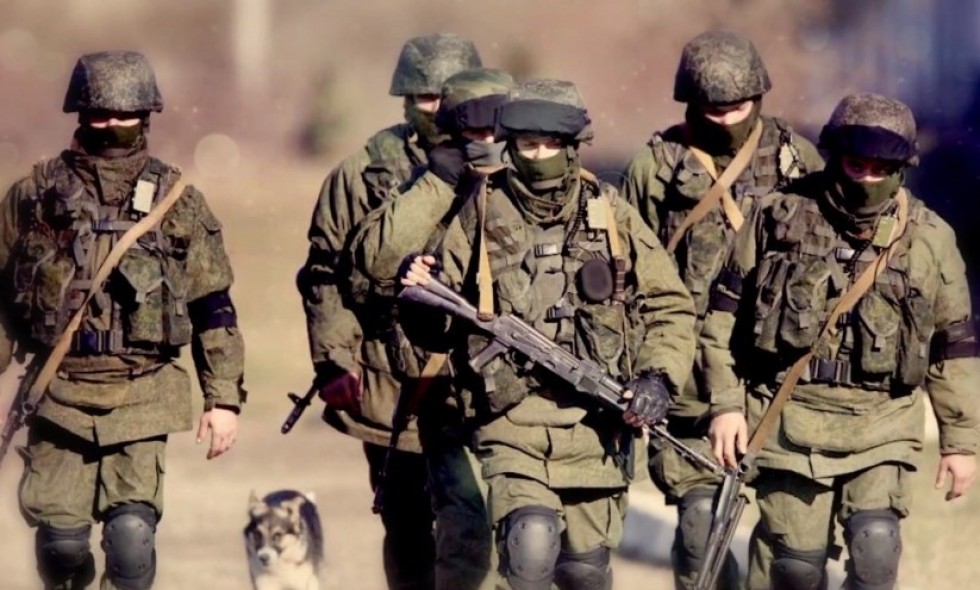 Seen from the USA … The Cold War – the new « Cold War 2.0″ – is back in Africa! The Think-Tank STRATFOR (close to the Pentagon and the US Military-Industrial Lobby) devoted yesterday an interesting analysis to the return of Russia to the battlefields of the confrontation between USA and the Soviets. An analysis that reveals Washington’s concerns about the great return of Moscow to Africa. Starting with sub-Saharan Africa …

“Decades after competing for influence on the continent with the United States and its allies, Russia is taking a renewed interest in Africa. Moscow looms large in sub-Saharan Africa’s Cold War history, said Statfor. Across the continent, the Soviet Union competed with the United States and its Western allies for influence in a series of long-running proxy battles. Russia’s interest in sub-Saharan Africa waned, however, after the Soviet Union’s collapse in 1991. The region may have lost much of its geopolitical significance in the intervening time, but as the Kremlin asserts its influence in more and more conflicts abroad, sub-Saharan Africa presents Russia another opportunity to extend its global reach — should it so desire.”

“The Wagner Group, a private military company with ties to the Kremlin (1), may secure military contracts in Sudan and the Central African Republic (2). Military engagement with Russia will enable Sudan to maintain a greater balance in its foreign policy. Entering the Central African Republic will allow the Kremlin to earn more cash and drum up more business across the continent.

Moscow looms large in sub-Saharan Africa’s Cold War history. Across the continent, the Soviet Union competed with the United States and its Western allies for influence in a series of long-running proxy battles. Russia’s interest in sub-Saharan Africa waned, however, after the Soviet Union’s collapse in 1991. The region may have lost much of its geopolitical significance in the intervening time, but as the Kremlin asserts its influence in more and more conflicts abroad, sub-Saharan Africa presents Russia another opportunity to extend its global reach — should it so desire.

“On Jan. 5, reports emerged that the Wagner Group, a private military company with close connections to the Kremlin that has been active in Syria, had sent an unknown number of employees to Sudan. The group’s deployment is unsurprising considering the decades of close ties between Khartoum and Moscow and in light of a visit by Sudanese President Omar al Bashir to the Kremlin in November. During the trip, al Bashir invited his hosts to construct a military base on the Red Sea, noting that Russian assistance was necessary to counteract U.S. interference in the area. Sudan’s request followed similar moves by nearby Eritrea, Djibouti and Somalia to persuade foreign powers to construct bases on their soil in exchange for much-needed money and a boost to their global stature.

Al Bashir’s plea — which has yet to receive Russian approval — seemed to represent a reversal in Sudanese foreign policy after his country’s efforts in recent years to rebuild its relations with the United States. Khartoum’s overtures, including cooperation over intelligence sharing, bore fruit in October 2017 when U.S. President Donald Trump’s administration agreed to formally lift some sanctions against Sudan, following his predecessor’s decision to suspend the measures by executive order on his way out of office. In addition, the African country has increasingly tried to distance itself from Iran, one of Russia’s most prominent regional allies, in favor of cozying up to Saudi Arabia and its allies in the Gulf Cooperation Council — a lucrative reorientation for Sudan. But Khartoum is wary of putting all its eggs in one foreign policy basket.

Russian and Sudanese leaders share a hostility toward real or imagined interference in their domestic affairs. They also harbor a mutual disdain toward institutions like the International Criminal Court, which issued an arrest warrant for al Bashir in 2009 for crimes against humanity. Furthermore, Sudan serves as an important cog in Moscow’s strategy to contain growing extremism in countries such as Egypt, Libya and, to a lesser extent, Syria, while offering a market for foodstuffs and military hardware. A country of approximately 40 million people, Sudan has a voracious appetite for Russian grain — the Kremlin has promised to sell 1 million metric tons of grain to the country this year. It is no less eager for energy assistance, arms and ammunition. In November 2017, Sudan became the first Arab country to receive the fourth generation of Russia’s SU-24 fighter jets as part of a deal for equipment upgrades and training worth an estimated $1 billion. That agreement could be a harbinger of more deals to come: Khartoum has struggled to manage its various internal conflicts for many years and may welcome the battle-tested expertise of more Russian military trainers.” (3)

“Moscow’s activities in Africa don’t stop there, either. Other reports suggest that the Wagner Group may soon turn its attention to the Central African Republic. News that the company will deploy a contingent to the Central African Republic fits with Moscow’s increasingly ambitious foreign policy. Russia has long used its arms industry and military prowess as a tool to enhance its influence around the world. Last month, it successfully lobbied the U.N. Security Council to let it send three shipments of light arms and ammunition to the Central African Republic’s military despite an arms embargo that has been in place since 2013. Of little geostrategic importance, the African country relies on its former colonial ruler, France, for external support. With little competition on the ground, Russia stands to gain greater business opportunities and perhaps even increase its influence in the surrounding region by making inroads there.

These prospective forays into Sudan and the Central African Republic don’t presage a full-scale Russian military deployment to Africa. Moscow seems more interested in filling its coffers through the Wagner deals than in preparing for a massive investment drive on the continent. Even so, the potential presence of a Kremlin-backed private military company in two countries in sub-Saharan Africa could pave the way for more robust Russian involvement elsewhere in the region.”

(1) The ‘Wagner Group’ (ChVK Wagner) is a Russian paramilitary organisation, named for their founder and commander, « former » Spetsnaz officer Yevgeny Wagner. Some have described it as a private military company (or a private military contracting agency), whose contractors have reportedly taken part in various conflicts, including operations in the Syrian Civil War on the side of the Syrian government as well as, from 2014 until 2015, in the War in Donbass in Ukraine aiding the separatist forces of the self-declared Donetsk and Luhansk People’s Republics. Others are of the opinion that ‘ChVK Wagner’ is really a unit of the Russian Ministry of Defence in disguise, which is used by the Russian government in conflicts where deniability is called for. Other source said that “Private Russian military Wagner group was created 2013 by Surkov (Putin adviser) to help Assad.”

In an interview with the Russian news site ‘The Insider’ in early December 2017, veteran Russian officer Igor Strelkov said that, “besides returning to Luhansk, Wagner PMCs were also present in South Sudan and possibly Libya.” Several days before the interview was published, Strelkov stated “Wagner PMCs were being prepared to be sent from Syria to Sudan or South Sudan” after Sudan’s president, Omar al-Bashir, told Russia’s president Putin that his country needed protection “from aggressive actions of the USA”. Two internal-conflicts had been raging in Sudan for years (in the region of Darfur and the states of South Kordofan and Blue Nile), while a civil war had been taking place in South Sudan since 2013. The head of the private Russian firm ‘RSB-group’ said that he heard “PMCs had already went to Sudan and returned with a severe form of malaria.” Several dozen PMCs from RSB-group “were sent to Libya in early 2017, to an industrial facility near the city of Benghazi, in an area held by forces loyal to Field marshal Khalifa Haftar, to help in demining operations. They left in February after completing their mission.” The RSB-group was in Libya “at the request of the Libyan cement company (LCC).” In mid-December, a video surfaced allegedly showing Wagner PMCs training members of the Sudanese military, thus seemingly confirming Wagner’s presence in Sudan and not South Sudan. In mid-January 2018, it was reported that “Wagner may deploy a contingent of its PMCs to the Central African Republic.”

Units of the ‘Wagner Group’. 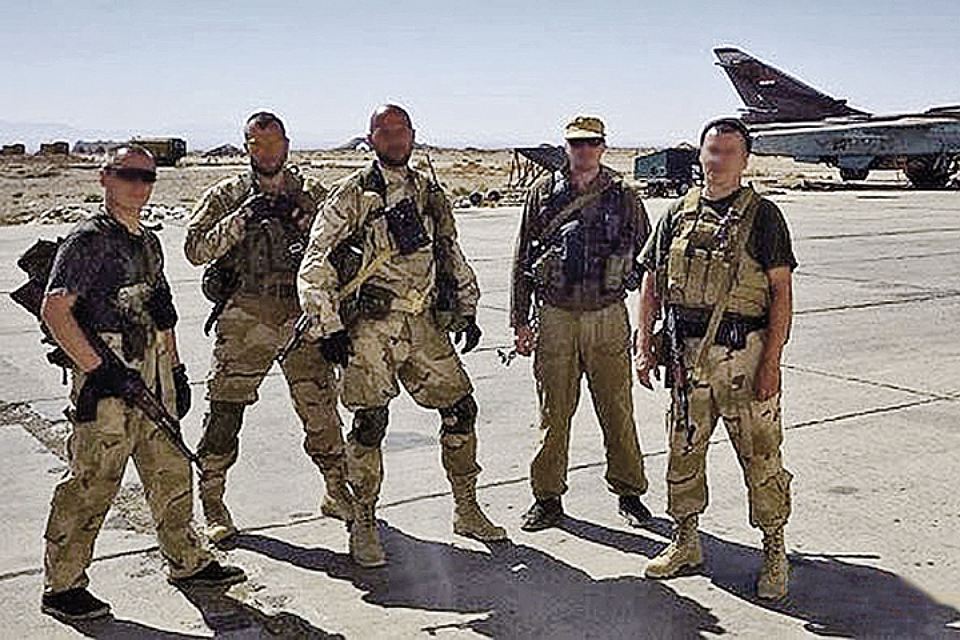 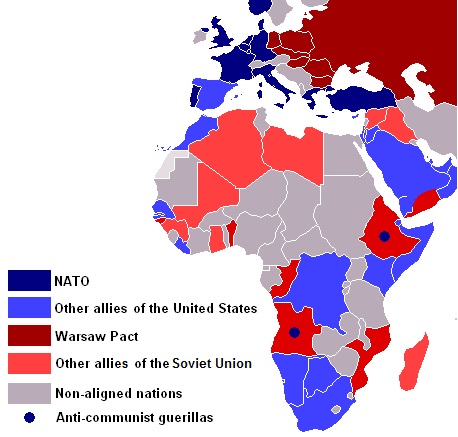