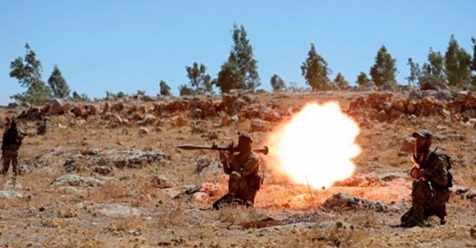 ERBIL – Russia has threatened to support the Syrian Kurdish forces in northern Aleppo if Turkey does not halt its alleged military assistance to the militants fighting against the Syrian regime, a report said on Saturday.
According to a report by the Arabic-language al-Rai al-Youm news website, quoting an informed source as saying on Friday that Moscow has sent a clear message of warning to Ankara which came after Turkey extended its military support for Tahrir al-Sham al-Hay’at and other militant groups which carry out attacks against the Syrian government forces in northern Hama and southern Idlib, as cited by Fars News.
The report said that Turkey militarily supports Faylaq al-Sham in Syria.
The jihadist groups have lately intensified their attacks on the Syrian regime, mainly in the surrounding areas of Jab Ramaleh, in northwestern Hama.