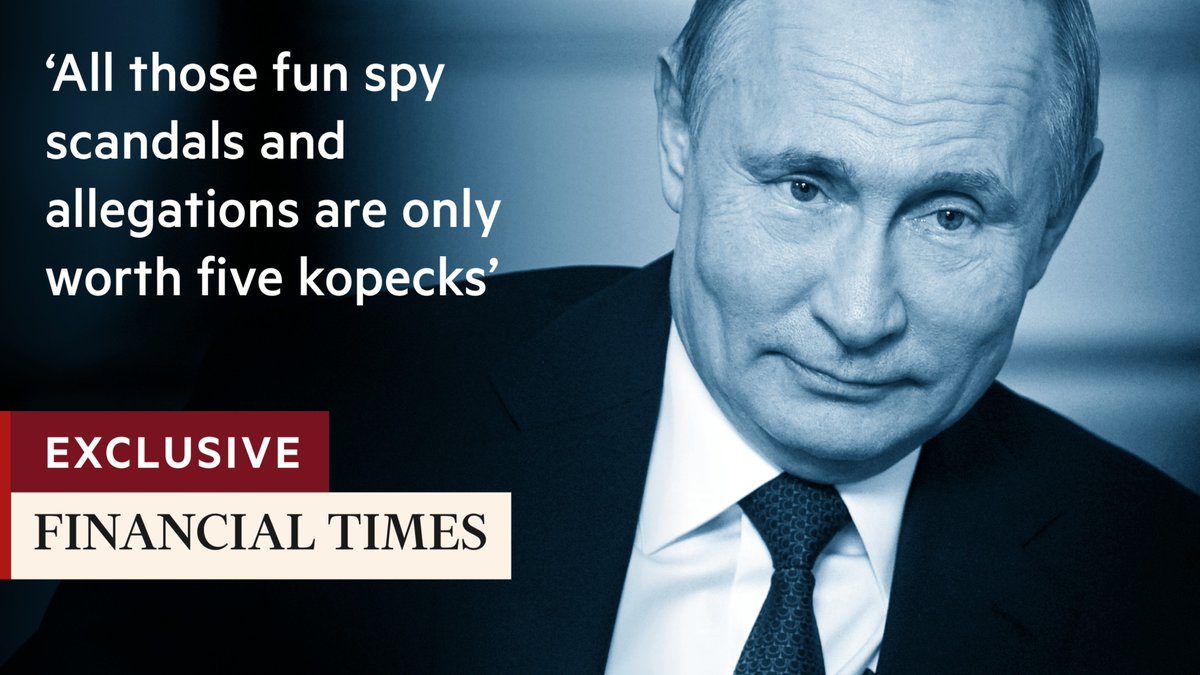 VLADIMIR PUTIN: ‘[LIBERALS] CANNOT SIMPLY DICTATE ANYTHING TO ANYONE JUST LIKE THEY HAVE BEEN ATTEMPTING TO DO OVER THE RECENT DECADES’

Vladimir Putin has trumpeted the growth of national populist movements in Europe and America, crowing that liberalism is spent as an ideological force. In an FT interview in the Kremlin on the eve of the G20 summit in Osaka, Japan, the Russian president said “the liberal idea” had “outlived its purpose” as the public turned against immigration, open borders and multiculturalism (…)
“[Liberals] cannot simply dictate anything to anyone just like they have been attempting to do over the recent decades,” he said.

Mr Putin branded Chancellor Angela Merkel’s decision to admit more than 1m refugees to Germany, mainly from war-ravaged Syria, as a “cardinal mistake” (…) “This liberal idea presupposes that nothing needs to be done. That migrants can kill, plunder and rape with impunity because their rights as migrants have to be protected.”

PUTIN: FRIENDSHIP WITH CHINA, ‘DONALD’ AND THE END OF LIBERAL IDEAS

He added: “Every crime must have its punishment. The liberal idea has become obsolete. It has come into conflict with the interests of the overwhelming majority of the population.” Donald Tusk, the European Council president, said he “strongly disagreed” with Mr Putin. “What I find really obsolete is authoritarianism, personality cults and the rule of oligarchs,” he said.

As the de facto ruler of Russia for almost two decades, Mr Putin, 66, has been regularly accused of covertly supporting populist movements through financial aid and social media, notably in the 2016 US presidential election, the Brexit referendum and the recent European Parliament elections. Mr Putin emphatically denied this. He dismissed the conclusion by special counsel Robert Mueller that Russia had systemically interfered in the 2016 US presidential election as “mythical interference”.

TURNING TO THE US-CHINA TRADE WAR AND GEOPOLITICAL TENSIONS IN THE GULF BETWEEN THE US AND IRAN, MR PUTIN SAID THE SITUATION HAD BECOME “EXPLOSIVE”.

The problem, he said, stemmed from American unilateralism and the lack of rules underpinning world order. He expressed concern about the threat of a renewed nuclear arms race between the US and Russia. “The cold war was a bad thing . . . but there were at least some rules that all participants in international communication more or less adhered to or tried to follow. Now, it seems that there are no rules at all,” he said.

Theresa May, the UK prime minister, said she will demand the suspects in the attack are extradited and “brought to justice” when she sees Mr Putin on Friday — their first face-to-face meeting since the incident. “We would be open to a different relationship with Russia but if that is going to happen then Russia needs to stop its activity that undermines international treaties and undermines our collective security like what happened on the streets of Salisbury,” she told journalists en route to Osaka.

In recent years, Mr Putin has become emboldened, presiding over the annexation of Crimea, a pro-Russian revolt in eastern Ukraine and a military intervention in Syria which he described as a clear-cut success. Apart from killing thousands of radical Islamists and shoring up President Bashar al-Assad’s regime, Mr Putin said the exercise had given Russia’s armed forces invaluable fighting experience (…) 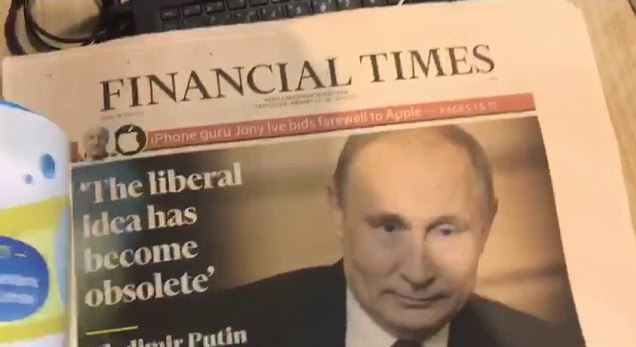